Being close to a zero budget production, set construction was kept to a minimum. However there was still room for some construction to prevent the film from becoming a complete blue room extravaganza.

Merve’s cockpit set was constructed in a traditional way and finished off with casings taken from old computer keyboards to provide the uniform paneling so common in sci-fi themed sets. 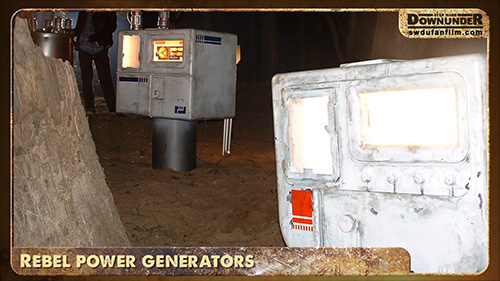 The rebel camp was enhanced with what were ingeniously  labeled during the shoot as “Space Boxes”. These large set pieces were actually recycled props built for a children’s game show. They were simply painted white and dirtied down to complete that “used universe” aesthetic. 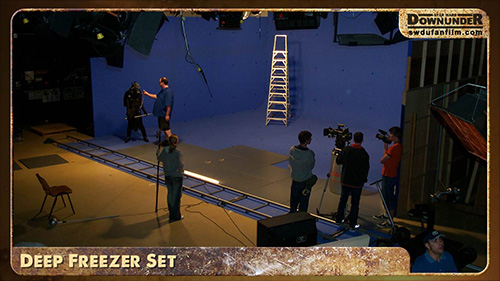 The only elements constructed for Drongo’s throne room and freezer complex were 1×1 meter floor panels. Having actors’ shadows interact with a real floor in an otherwise blue screen environment, can greatly assist the compositing process and add to the realism by not having to generate artificial shadows. Also having them built at exactly 1×1 meter aided in the digital set extension process. Building the virtual floor panels in exactly the same scale made it easy to line them up with their real world counterparts. 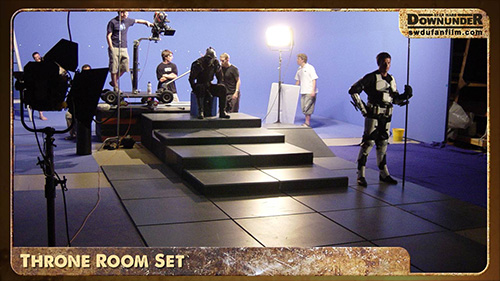