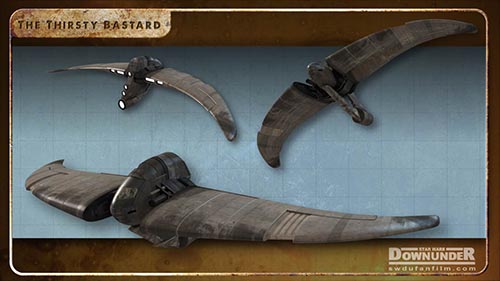 Merve’s heavily modified boomership, features an enlarged refrigeration section. The extensive power requirements of this however can be redirected to other parts of the ship including the sub-light drives and the shield systems. This would be a fairly rare occurrence as Merve likes to maintain a consistent temperature in his fridge at the expense of other operational requirements.

An MFP Interceptor utility model, Merve appropriates this speeder after encountering the destroyed pub. The vehicle is actually owned by Rax Mockatansky, a retired police officer. The vehicle sports a Sunraysia antigrav array powered by an X-B 351 ion engine, which is more than enough grunt in the donk to reach speeds of 400 km an hour. 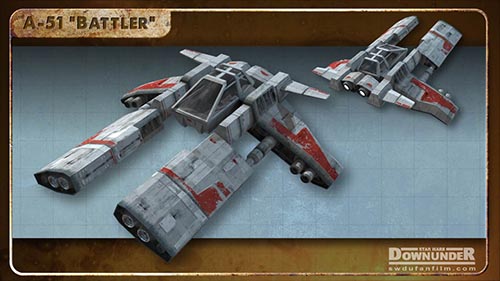 The fighter of choice for the rebels. What these slightly aged vehicles lack in speed and and maneuverability they more than make up for with heart. The central feature of the craft are the two bulky front foils that hide a vast array of weaponry. Phase plasma cannons, dual wave lasers and a cache of perenium pulse missiles come standard. Durable, but somewhat temperamental, there’s nothing the rebels pilots like more than tinkering with their fleet of “Battlers” between engagements. Well maybe one thing more, sitting around the campfire, amber fluid in hand and relieving glories past. 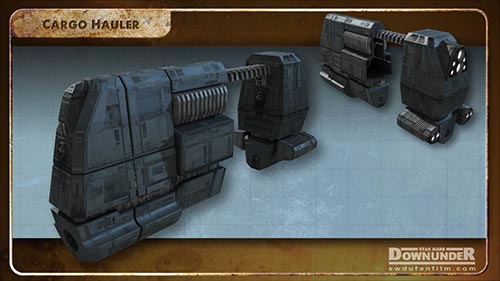 These large transports are used to transport any range of items. On Oradongia they are employed by Darth Drongo to transport amber fluid that he has liberated from various locations around the planet back to his fortress, Dunny’s Deep. 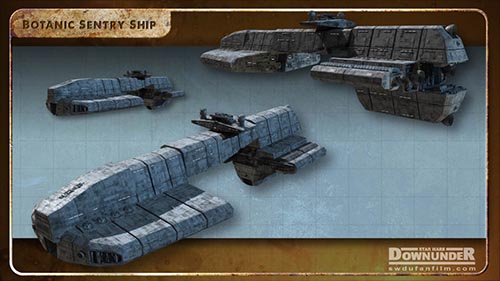 These large Sentry ships are heavily armoured and equipped with a large array of weaponry. They are stationed at BRS-7 as an added security measure to ensure the highly valued research doesn’t fall into the wrong hands 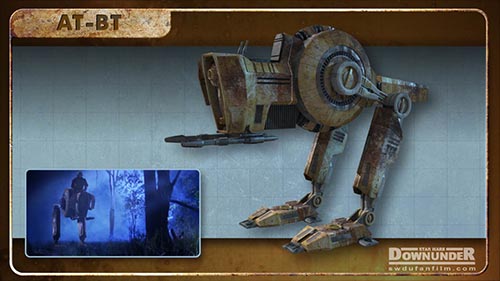 All Terrain Bouncing Transport. Or Roo-Bot. This unusual form of transport was designed by Drongo himself. Inspired by the legendary Roo Beasts, of the Yobbo Plains, this vehicle is able to leap great distances in a single bound. While not necessarily practical, the vehicles strength lies in it’s ability to strike fear into the hearts of the enemy as it’s thunderous impact with the ground can be heard from miles away. 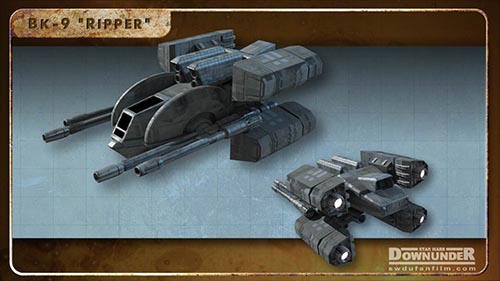 Used by Drongo’s forces primarily as security escorts for the larger cargo carriers, the “Ripper” is agile, and fast, but lacks the firepower of the “Battler”. It’s powerful flux repeater power systems allow for long range recon missions. This enables Drongo to sniff out rebel activity long before they become a threat to the cargo carriers and their precious cargo. 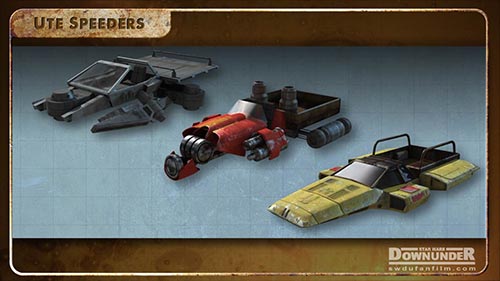 More practical than a standard landspeeder, The ute speeder is the vehicle of choice for most on Oradongia. Available in a variety of models and makes, there is a ute speeder to cater for all needs.